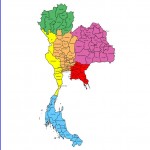 At The Consumer Electronics Show this week, Swiss army knife maker Victorinox introduced a one-terabyte SSD in a form factor similar to a fat Swiss army knife.  Yes, that is right – a terabyte of NAND flash in your pocket.  The company tells us that the device’s dimensions, including the connector, are a scant 52x18x10mm.

Some of the other features include the use of an eSATA connector (to allow the product to be plugged into either a SATA port or a USB socket), AES256 encryption (any army would like this), and a bi-stable LCD to tell how much free space remains on the device.

But let’s look at the difficulty of building a 1TB flash SSD in such a small space:

END_OF_DOCUMENT_TOKEN_TO_BE_REPLACED

This came sooner than we anticipated.  It was only in July 2008 that the million-IOPS barrier was broken by IBM using 41 Fusion-io devices.