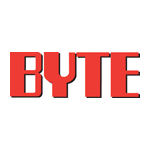 I found a credible review of the statement in a LowEndMac.com web page  that excerpts articles in the September 1990 issue of Byte Magazine.  Byte celebrated its 15th anniversary in this issue by END_OF_DOCUMENT_TOKEN_TO_BE_REPLACED

IT professionals find it difficult to determine which SSD or flash array to buy or even whether they can get the speed they need from standard HDDs.  There is an extraordinarily wide rage of IOPS (from hundreds to millions), latencies, and capacities, and this can be confusing.  A new Objective Analysis report: How Many IOPS Do You Really Need provides, through a survey of IT managers and other end users, an understanding of the performance needs of various applications including IOPS, latency, and capacity.

This report answers questions that have never previously END_OF_DOCUMENT_TOKEN_TO_BE_REPLACED

This is a bad day for The SSD Guy.  I just finished publishing an eight-part series explaining How Controllers Maximize SSD Life, then my evil twin The Memory Guy today published a post telling of a new flash design from Macronix that might just eliminate the flash wear-out mechanism!

But my concerns are inconsequential compared to the feelings of all those folks who have devoted phenomenal time and energy to develop wear management algorithms.