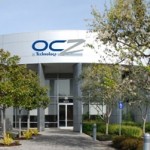 OCZ has good technology and a loyal retail customer base, but one year ago END_OF_DOCUMENT_TOKEN_TO_BE_REPLACED