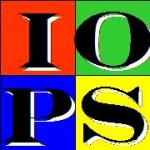 Tom Coughlin of Coughlin Associates and Yours Truly: The SSD Guy are once again polling as many IT professionals as we can with a very simple 5-minute survey asking about your IOPS needs.

This is an update of the same survey we ran in 2012.  We want to see how things have changed over the past four years.

Please click HERE and let us know what kind of storage performance you need. Even a hunch is good.

That’s what the graphic in this post will explain.  The small rendition above is just END_OF_DOCUMENT_TOKEN_TO_BE_REPLACED