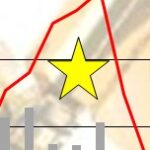 Over the past couple of months rumors asserted that Western Digital (WDC) was in talks to acquire joint venture partner Kioxia.  This is not the first time such rumors have emerged.  In November of 2020, when Kioxia was expected to make its initial public offering, WDC was rumored to be in such talks, and before that, in early 2017, when Toshiba first started to plan to spin off its NAND flash and SSD business, WDC was rumored to END_OF_DOCUMENT_TOKEN_TO_BE_REPLACED