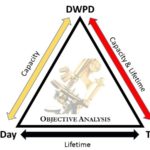 The relationships between these three measures are illustrated in this post’s graphic.  You can click on it to see an expanded version.  It’s all pretty simple.  We’ll spell out the relationships in detail below, but in brief, if you want to compare END_OF_DOCUMENT_TOKEN_TO_BE_REPLACED 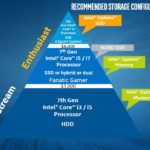 Only a week after announcing its Optane Enterprise SSDs Intel has launched m.2-format Optane SSDs for end users.  It appears that we are at the onset of an Optane surge.

These SSDs communicate over the PCIe bus bringing more of the 3D XPoint’s performance to the user than would a SATA interface.

What’s most interesting about Intel’s Optane pitch is that the company appears to be telling the world that SSDs are no longer important with its use of the slogan: “Get the speed, keep the capacity.” This message is designed to directly address the quandary that faces PC buyers when considering an SSD: Do they want an SSD’s speed so much that they are willing to accept either END_OF_DOCUMENT_TOKEN_TO_BE_REPLACED 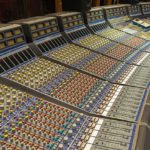 SSDs use a huge number of internal parameters to achieve a tricky balance between performance, wear, and cost.  The SSD Guy likes to compare this to a recording studio console like the one in this post’s graphic to emphasize just how tricky it is for SSD designers to find the right balance.  Imagine trying to manage all of those knobs!  (The picture is JacoTen’s Wikipedia photo of a Focusrite console.)

Vendors who produce differentiated SSDs pride themselves in their ability to fine-tune these parameters to achieve better performance or endurance than competing products.

About a year ago I suggested to the folks at NVMdurance that they might consider applying their machine learning algorithm to this problem.  (The original NVMdurance product line was described in a Memory Guy post a while ago.)  After all, the company makes a machine learning engine that tunes the numerous internal parameters of a NAND flash chip to extend the chip’s life while maintaining the specified performance.  SSD management would be a natural use of machine learning since both SSDs and NAND flash chips currently use difficult and time-consuming manual processes to find the best mix of parameters to drive the design.

That’s what the graphic in this post will explain.  The small rendition above is just END_OF_DOCUMENT_TOKEN_TO_BE_REPLACED 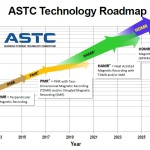 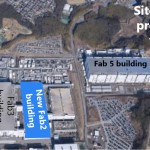 The group plans to be “A pillar of income with Memories as a core business”.  To achieve this, Toshiba has stated that it will enhance its NAND cost competitiveness by accelerating development of BiCS (Toshiba’s 3D NAND technology) and by expanding the SSD business.   There are three parts to this END_OF_DOCUMENT_TOKEN_TO_BE_REPLACED 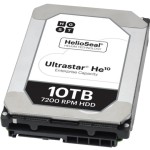 A couple of weeks ago, on December 2, 2015, Western Digital’s HGST introduced its END_OF_DOCUMENT_TOKEN_TO_BE_REPLACED

A couple of specifications for SSD endurance are in common use today: Terabytes Written (TBW) and Drive Writes Per Day (DWPD).  Both are different ways to express the same thing.  It seems that one vendor will specify endurance using TBW, while another will specify DWPD.  How do you compare the two?

First, some definitions.  “Terabytes Written” is the total amount of data that can be written into an SSD before it is likely to fail.  “Drive Writes Per Day” tells how many times you can overwrite the entire capacity of the SSD every single day of its usable life without failure during the warranty period.  Since both of these are guaranteed specifications, then your drive is most likely to last a lot longer than the number given by the SSD’s maker.

To convert between the two you must know the disk’s capacity and the warranty period.  If  drive maker gives you TBW but you want to know DWPD you would approach it END_OF_DOCUMENT_TOKEN_TO_BE_REPLACED 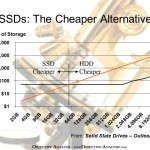 The red line represents SSD costs over the range of capacities, and the black line represents HDDs.  Although HDDs are cheaper than SSDs  END_OF_DOCUMENT_TOKEN_TO_BE_REPLACED

As you would expect, the read parameters are all identical.  This stands to reason, since END_OF_DOCUMENT_TOKEN_TO_BE_REPLACED