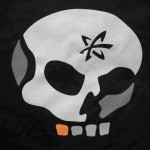 On May 9 Objective Analysis sent an Alert to our clients discussing the prior day’s CEO change at Fusion-io.

In a nutshell, co-founders David Flynn (CEO) and Rick White (Chief Marketing Officer) have left the firm, with Flynn being replaced by board member Shane Robison, HP’s former Chief Strategy Officer, who helped put together HP’s acquisition of Autonomy.

Here are some of the points made in the Alert:

In our report: The Enterprise SSD: Technologies and Markets, Objective Analysis forecast that the PCIe SSD market would consistently out-perform the SAS SSD market.  The SSD Guy certainly hopes that Fusion-io can continue to retain its prominent position in this promising market despite the change in leadership.