The tomato slide, 9:30 into the presentation, is shown below.  It expresses the time differences between a DRAM, SSD, and HDD access to the time it takes to get a tomato for a pizza recipe. 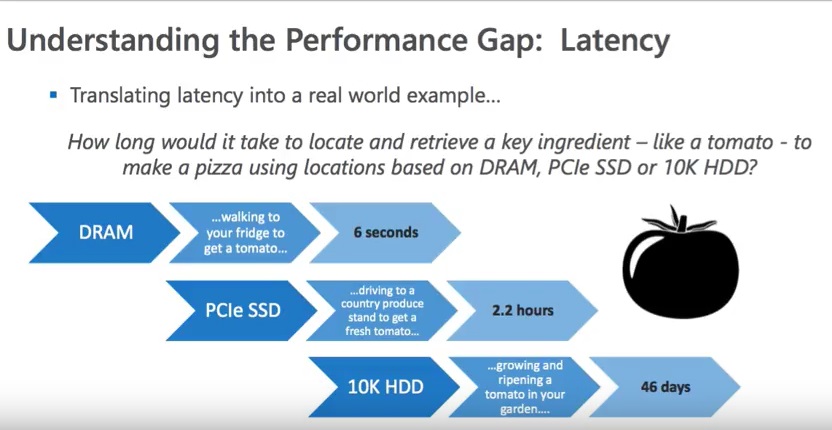 Jim Pappas’ analogy uses the very simple rule of thumb that an SSD access takes 1,000 times as long as a DRAM access, and that an HDD access takes 1,000,000 times as long as DRAM.  Ryan Baxter’s analogy appears to use hard numbers because the ratios to get to his numbers are 1,320 and 662,400.  All in all, though, they’re pretty close, and either would work for a performance estimate.

2 thoughts on “Comparing SSDs to Tomatoes”