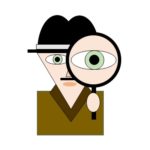 If you’re an industry analyst like The SSD Guy you find that useful data can come from unexpected places.  When Intel announced the sale of its NAND flash business to SK hynix this month the company also provided useful information about Optane SSD sales.  You have to know a little bit about Intel’s organizational structure to understand.  Let me explain.

The SSD part of Intel’s Optane business has been assigned to the company’s Non-volatile Solutions Group – NSG.  The balance of NSG’s revenues come from NAND flash SSDs and a tiny bit of non-SSD NAND flash sales, both of which have been sold to SK hynix.  The Optane DIMM part of the business (officially: “The Optane DC Persistent Memory Module”) belongs to DCG, the Data Center Group.  Since Optane DIMMs only work with that organization’s data center processors, the “2nd-Generation Intel Xeon Scalable processor” and later, then it makes sense for the DIMMs to be assigned to DCG.

Intel did not sell the Optane part of NSG’s business to SK hynix.

Subtracting these numbers from the NSG numbers reported in Intel’s first and second quarter earnings statements will then provide us with Optane SSD revenues and operating income for the first half of 2020:

Optane SSDs made $200 million in revenues for the company during the first half of 2020 at a $344 million loss.

Back in Intel’s second quarter 2019 earnings call over a year ago management boasted that over one million Optane Memory modules had shipped, which the company said was a breakthrough.  This seems to hint that the ASP we should apply would be on the low side and unit shipments might be higher.  It’s natural to assume that unit shipments have increased since then.

On the other hand, a casual web search for Optane SSDs reveals that a number of Optane Memory SSDs are for sale on eBay for prices below $20.  This seems to imply that end-user acceptance has not materialized and that these sellers are removing the Optane Memory SSDs from their PCs to free up a PCIe socket for other uses, and that, in turn, indicates that perhaps the ASP we use should be higher, meaning that units would be lower.

I don’t currently have a better number for the ASP, but the rough $100 figure gives us 2 million units for the first half, and I would guess that this number would be off by no more than a factor of 2 in either direction (4 million to 1 million units).  That gives us an annual estimate that ranges between 8 million and 2 million units.  About 280 million SSDs shipped in 2019, so the Optane share would be between 1-3% of the total.

SSD Guy readers who also read the posts of my alter-ego The Memory Guy will have noted that The Memory Guy estimates Optane losses and has often explained why Intel must sell this new memory at a loss in order to make Optane succeed.  In a nutshell, the company needs for unit volumes to grow high enough that the economies of scale will drive down production costs.  Intel is very willing to make that investment to boost its Xeon processor sales.

This is why I didn’t make any noise about Intel’s $344 million in losses on only $200 million in revenues.  This number is actually pretty low compared to the company’s Optane losses in 2017 & 2018.

Sometimes I quip that Optane is a “Proprietary product that sells at commodity prices.”  That makes it the worst of both worlds!

Optane DIMMs are a key part of Intel’s Xeon strategy, though, and it makes great business sense for Intel to be underwriting these losses if you look at the broader picture.  According to Intel, Xeon-plus-Optane out-performs equivalent AMD processors partly because Optane brings persistence closer to the processor.

For the first half of 2020 The Memory Guy’s rough estimate of Optane losses was $269 million in the first quarter and $31 million in Q2, which sums up to $300M.  Given that he used a technique that was pretty oblique, The Memory Guy is gloating at how close his $300M came to Intel’s actual loss of $344M.  In fact, it’s getting kind of hard to be in the same room as the guy lately.

The kind of analysis you see in this post is something that my company, Objective Analysis, does every day for our clients.  We provide important insight into your competitors, your suppliers, your customers, and the market in general.  Please contact us at www.Objective-Analysis.com to learn more about what we can do to help your business to thrive.

2 thoughts on “How Many Optane SSDs has Intel Sold?”