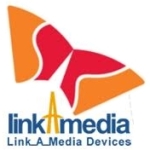 What’s going on?  Why are these companies acquiring SSD controller firms?

SSD controllers are a strategic resource.  They are more strategic for some companies than they are for others, though.  This move should work well if SK Hynix continues to sell controllers to other companies, but if SK Hynix chooses to only support the use of Link_A_Media’s controllers in its own SSDs the move could backfire.

The SSD Guy is not convinced that it makes sense to invest the significant sums required to develop leading edge SSD controllers unless a company can either defray that cost over several million chips (i.e. the company sells a lot of chips to each of several customers) or if it can recoup the investment by selling SSDs at a price significantly higher than the cost of the NAND flash inside the SSD.   These higher prices can only be maintained by SSD makers whose product is markedly superior to those of the competition.

With this acquisition the field of SSD controller makers is narrowing.  Objective Analysis estimates that roughly 20 independent companies still compete in this market.