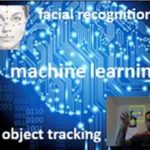 NGD briefed me and explained that the data explosion expected with the Internet of Things will not be matched by an explosion in network bandwidth.  This means that the data produced by those “Things” will need to be processed on-site, or in cloud locations that can perform the processing while reducing the need to move the data between storage and the servers.

The logic behind this argument is compelling, but two elements will challenge the technology’s adoption: Price and Legacy Approaches.  Legacy has a way of postponing very intelligent changes, often because other parts of the system have important reliability advantages, and sometimes because users are slow to abandon something that already works.  Price is a major inhibitor to change, especially when the older system is offered for a lower price and the benefits of the newer design are hard to assign a dollar value to.  This is similar to the challenge of using TCO models when deciding whether to replace HDDs with SSDs.

NGD included an example application for in situ processing in its press release: Telecom carrier Orange Silicon Valley has embraced NGD’s Catalina 2 in a facial recognition application.  The new system performs both training and recognition (inference) without host intervention.  (Training is a more challenging task, and a number of image recognition systems use external training in order to reduce their complexity.)  The company claims that other advanced applications, including I/O intensive ones like embedded Artificial Intelligence (AI) and machine learning, can run within the device.