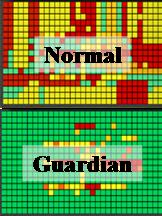 SMART Storage Systems has introduced a new enterprise-class SSD that the company says: “increases the endurance of cMLC Flash to a level that makes SLC drives obsolete.”  That’s a pretty hefty claim!

The new Optimus Ultra+ SSD is specified at 100K read IOPS and 60K write IOPS, through its 6Gb/s SAS interface.  With capacities ranging from 100-800GB, this SSD supports up to 50 full drive writes per day (DWPD) over its 5-year lifespan, double that of the company’s Optimus Ultra which was introduced in February.  That’s quite something for an MLC-based SSD.

SMART has tapped into its Guardian technology to reap SLC benefits from MLC flash through both enhanced external and internal algorithms.  Like all other SSD makers and SSD controller makers SMART has focused a lot of attention on error correction, DSP, and other means of correcting errors externally to the flash.  The company has also partnered with NAND flash suppliers to learn of undocumented ways to extend the life of flash cells internal to the chip.  Although it is generally understood that flash is a digital technology, those who regard it as a linear technology are able to manage it more accurately than their competition.

The difference this approach makes is illustrated by this post’s graphic which was adapted from a SMART presentation of one year ago.  This diagram represents NAND block wear after 5 years of use.  The red blocks have been decommissioned because of too many worn bits.  The yellow blocks are approaching the end of their usable life, and the green blocks still have a significant life ahead of them.  With standard algorithms SMART shows us that little of the flash would still be in good shape, but with Guardian technology the majority of the blocks are still in very good shape.

SMART’s Guardian technology is not new – the company introduced it about a year ago.  What is new in the Optimus Ultra+ is support of 50 drive writes per day on MLC flash, which SMART made possible by pairing Guardian technology with heavy overprovisioning.

It’s a common mistake to think that 100% overprovisioned MLC flash would cost the same as SLC flash without any overprovisioning.  After all, SLC and MLC are built using the same chips, only the MLC version holds twice as many bits.  That might be true, but market forces have separated SLC and MLC pricing by a factor of more than ten times, and the gap is steadily growing.  There’s a lot of incentive to use MLC rather than SLC these days.  In fact, with today’s 15:1 ratio it makes sense to overprovision MLC by as many as 14 times!

SMART has increased cMLC endurance to levels previously available only through the use of higher-cost SLC Flash.  If SMART can really do this (and its track record says it can), then makers of SLC-based SSDs have a lot to worry about.