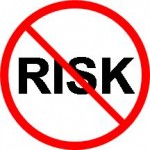 At this week’s Storage Networking World (SNW) conference there was no shortage of SSD presentations, but none of the keynoters who shared their data center experiences had deployed any SSDs in their systems.

This seemed particularly odd to The SSD Guy since the MySQL conference I have been attending for some time has fewer SSD presentations simply because almost everyone who attends that conference already uses SSDs.

Why is there such an odd disparity?

The simple reason is that the people who attend the MySQL conference are early adopters or risk seekers.  Those who keynoted at SNW are risk averse – they deal with systems that simply CANNOT be allowed to go down.

SNW keynoters included Wells Fargo Bank, Dish Network, Avnet Electronics, and a couple of energy firms you may never have heard of: Talisman Energy, and Enterprise Products.  Each company had its own reasons to veer toward consistent and reliable systems, and this led to their adoption of well-proven systems that did not yet include any really new technologies like SSDs.

Over time this will change – each company explained that SSDs were indeed being evaluated in their labs, but where human life is at risk (as is the case with the energy firms) or significant financial loss is possible (as with Wells Fargo and Avnet) or when a loss of service would lead to a loss of customers (Dish Network) the appropriate path is to proceed with caution, letting other companies find all the pitfalls of a new technology before choosing to adopt it yourself.

In time all these companies will convert to a mix of SSDs and HDDs, but for the time being they will choose an approach that may be more costly, and may consume more energy, cooling, and space than systems using SSDs, but their implementations will allow them to sleep better knowing that they have chosen an approach that has been proven not to fail.

One thought on “SNW SSD Shortage”