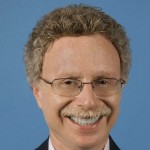 Here’s what Jay has to say END_OF_DOCUMENT_TOKEN_TO_BE_REPLACED 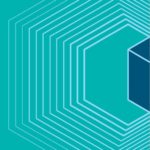 Starting from the low end and moving up, the V5030F entry-level/midrange array is an END_OF_DOCUMENT_TOKEN_TO_BE_REPLACED

END_OF_DOCUMENT_TOKEN_TO_BE_REPLACED

An acquaintance pointed out that EMC has published a case study detailing how one of its divisions, EMC Corporate IT, decided to use an EMC Isilon storage system over other competing candidates:

My acquaintance wondered exactly which systems EMC IT evaluated before selecting an EMC array, and whether or not there was even the option of choosing a product from any of the numerous competing storage array vendors.  He pointed out how embarrassing it would have been if this case study had been written by a competitor to tout its win at EMC IT.

You really have to wonder why EMC published this case study.  Its customers take it for granted that the company will use its own offerings, and would probably leave in droves if it did not.

To paraphrase an old saying: “No EMC employee ever got fired for choosing EMC!”

STEC ran a survey at VMworld this week to determine who was using SSDs and how they were using them.  Some of the results were a little surprising.  Out of 136 attendees surveyed:

STEC shared some further results with The SSD Guy:

Intel has gotten into the fast-growing and lucrative market for PCIe SSDs.  The company has announced a PCIe SSD, the 910, that provides the high performance you would expect of a PCIe drive with the quality guarantees that customers expect of Intel.

Who could blame them?  Fusion-io has become a Wall Street darling for creating the PCIe SSD market, and still rides it to continually growing revenues.  LSI is fascinated by the growth of its Warp Drive.  Micron attained a significant design win at EMC, Texas Memory Systems (TMS) has had success in its own narrow markets, and Virident, OCZ, and STEC have also participated in the PCIe SSD’s market growth.