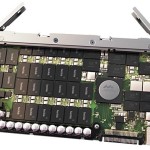 Price is a major focus for this product.  SanDisk says that it will sell systems bundled with software at less than END_OF_DOCUMENT_TOKEN_TO_BE_REPLACED