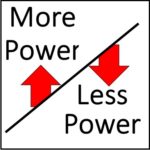 Example tasks would include END_OF_DOCUMENT_TOKEN_TO_BE_REPLACED 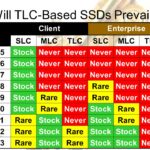 Since I live, eat, and breathe END_OF_DOCUMENT_TOKEN_TO_BE_REPLACED

The tomato slide, 9:30 into the presentation, is END_OF_DOCUMENT_TOKEN_TO_BE_REPLACED

The BIOS is responsible for detecting all of the computer’s hardware and installing the appropriate drivers, after which it loads the bootstrap program from the mass storage device into the DRAM main memory.  When an NVDIMM is used the BIOS must END_OF_DOCUMENT_TOKEN_TO_BE_REPLACED

Although might seem a little odd to discuss memory in a forum devoted to SSDs, which are clearly storage, the NVDIMM is a storage device, so it rightly END_OF_DOCUMENT_TOKEN_TO_BE_REPLACED 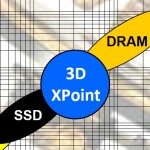 This is a question that was END_OF_DOCUMENT_TOKEN_TO_BE_REPLACED

Violin Memory and Microsoft have jointly announced a novel way of harnessing the power of Windows Server software.  Violin will be shipping its memory arrays with a special version of Windows Server 2012 R2 pre-installed on the embedded server that manages the internal operations of Violin’s all-flash array.

Violin explains that native support of specially-optimized versions of Windows Server and System Center that have been tuned for an all-memory array will provide improved performance and economics for large-scale enterprise cloud deployments.

The system can internally run END_OF_DOCUMENT_TOKEN_TO_BE_REPLACED

In his Flash Memory Summit keynote on Wednesday, Micron VP and Chief Memory Systems Architect Ed Doller made a compelling demonstration of the power and performance advantages of a new approach to computing.

With true showmanship, Doller had his co-workers hand out buttons with LED lights to the entire audience.  The LEDs in these buttons were either green or blue, with the colors randomly dispersed among the crowd.  Doller asked the entire audience to turn on their lights, then called one row of the audience to file up to the stage so he could determine whether each person’s button was blue or green.

He pointed out that this was like having a single CPU check the contents of a drive.  He then asked why things should work this way – wouldn’t it be more sensible to END_OF_DOCUMENT_TOKEN_TO_BE_REPLACED

Today NAND flash is being shoehorned into HDD formats simply because it is persistent – the data doesn’t disappear when the lights go out.  This approach fails to take advantage of NAND’s greatest strength – its low cost relative to DRAM – and this prevents it from fully meeting the needs of most data centers.

A role better suited to NAND flash technology is END_OF_DOCUMENT_TOKEN_TO_BE_REPLACED