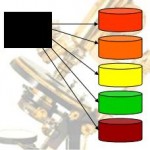 Oddly enough, SSD failures due to wear make them a little friendlier than HDDs.  The wear mechanism is managed by the controller in the SSD.  SSDs have spare blocks, and the controller manages those blocks, so the controller understands exactly how much wear the SSD has undergone and how much room is left before the SSD will start to have difficulties. END_OF_DOCUMENT_TOKEN_TO_BE_REPLACED