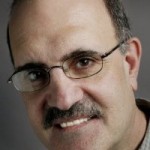 The problem with understanding this (ns, µs, ms) is that to the most people these measurements are all so tiny that they appear to be about the same.

To put things in a more human perspective lets slow everything down by about 1 billion times:

In these basic terms it is no wonder that everyone’s excited about SSDs.  Now you can walk to the neighborhood store for a carton of milk rather than bicycle across an entire continent.  Needless to say, the result is that you can get a lot more work done significantly faster.

It should then come as no surprise that I constantly repeat that SSDs should not be viewed as a replacement for HDDs, but as an element to be used sparingly in a system to accelerate performance.  SSDs will always be much faster and much more expensive than HDDs.  There will be a place for both technologies in computing systems for the foreseeable future.

One thought on “Understanding Storage Delays”